I know. Everyone is afraid of Shakespeare. Most adults associate his name with a terrifying advanced high school English class taught by the most strict and mean teacher in the school. Only geniuses took that class. But a little known fact is that Shakespeare isn’t just for the highly-educated, most elite scholars of the world. Shakespeare wrote and directed his plays for the masses, and that’s probably the biggest reason they are still relevant today. 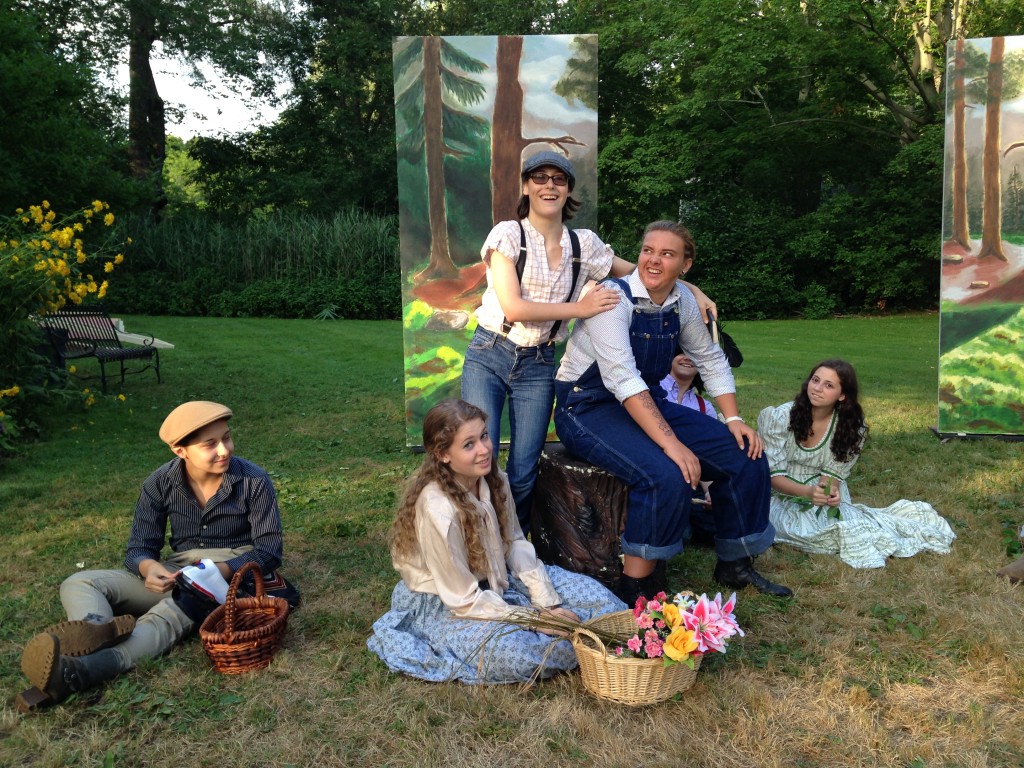 While Shakespeare may seem like the opposite of fun, there is actually quite a lot of fun to be had when learning Shakespeare. Why is Shakespeare fun? I’m glad you asked.

First of all, Shakespeare is open to interpretation. Which means that no matter how many times you see or perform the same show, it will always, ALWAYS, be different. Different directors and different actors will have different styles and ways to depict certain scenes and characters.

Second of all, Shakespeare made so many jokes within his plays that are actually REALLY funny (although not all of them are entirely appropriate…) and even besides the jokes within the shows, the actors are constantly making jokes backstage that help the cast bond further.

Last of all, doing Shakespeare in the summer, in a garden, is actually really fun! The actors get to come chill outside with their friends for a few hours a week, and then by the end of the summer, they have a beautiful show that their family and friends can bring a picnic lunch with a blanket or lawn chair and enjoy an afternoon of good literature. Being outside is always the best way to spend the summer, and with Shakespeare in the garden, young actors can spend time outside, while still learning something! 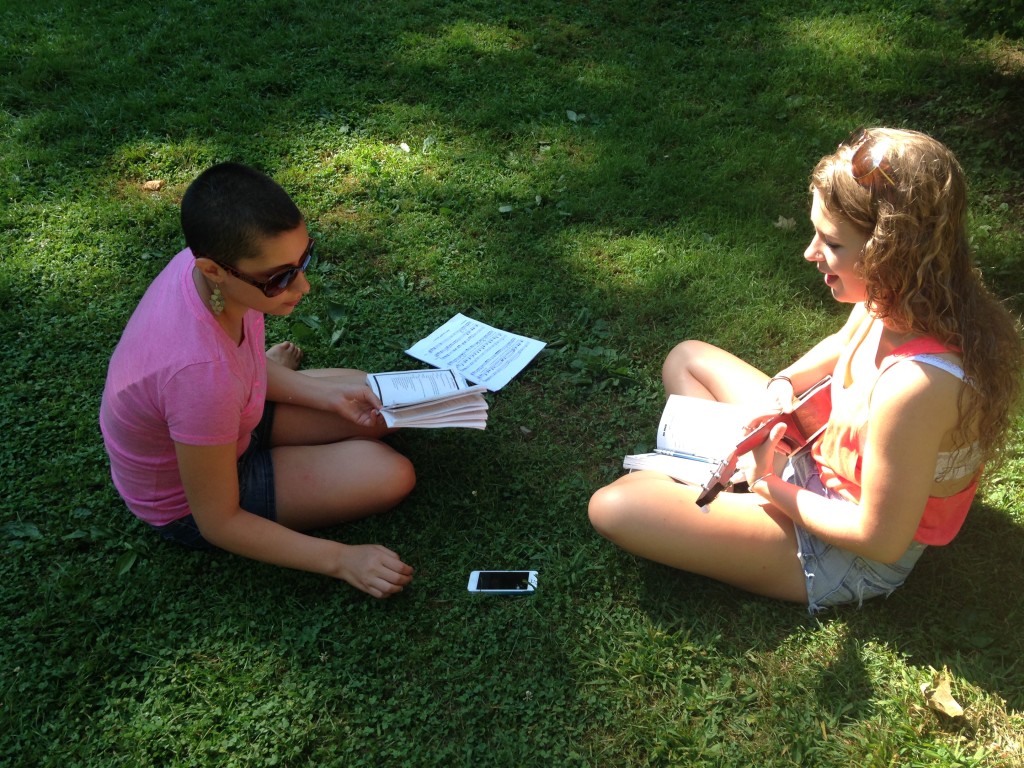 It may not seem like it, but friends made while studying and performing Shakespearian plays can be some of the best and longest lasting friendships of your life. Here’s why:

Shakespeare is hard. Everyone knows that, so it’s no secret. But luckily, we’re all in it together. All the actors take on this challenge together. They rely on each other to get the lines and cues right. And in case you have never noticed, depending on someone is probably the fastest way to get close to them (ever done that trust exercise where you fall backwards? Yeah, Shakespeare is kind of like that). So actors often get together outside of rehearsal to practice, which makes them fast friends.

The other great thing about Shakespeare is that it’s multigenerational. Kidz Konnection’s annual Shakespeare in the Garden attracts students from age 12 to age 25 and everywhere in between. The older kidz generally get the more demanding parts, and the younger students get to get used to the language and rhythm by taking on a smaller part at first. And believe it or not, but the older actors actually help the younger actors. They quickly become mentors and role models that the younger actors look up to, and later become.

There’s also this interesting phenomenon within Kidz Konnection, where most cast members are from different towns and school districts. This means that they don’t see each other regularly over the school year. So the summer is the only time that they actually get to hang out. And if you know anything about high schoolers, you know that they aren’t very good at making plans to hang out. So when they are forced to hang out by coming to rehearsal, it’s a win-win situation! 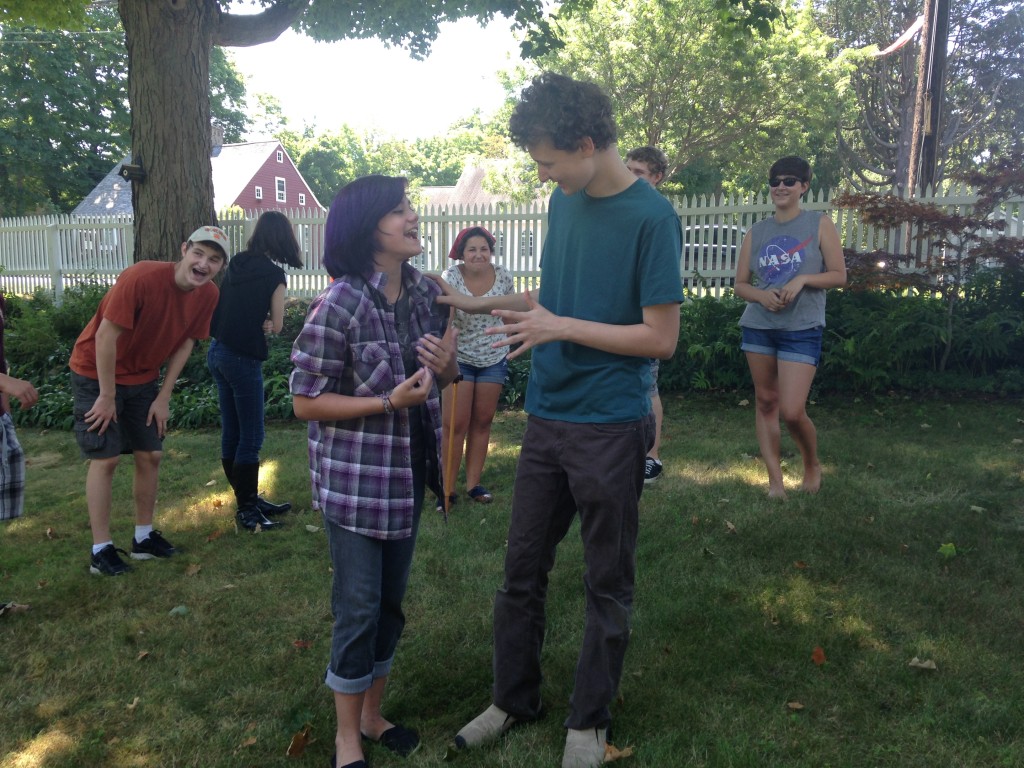 Shakespeare is an interesting play write because of a few reasons. First of all, he uses formulas. If you are familiar with more than one Shakespearian play, you know that his comedies usually have a fool, a few pairs of lovers, and some cross-dressing. While his tragedies often consist of royal feuds, brothers murdering each other, and most of the characters dying. So why does this help young actors bond? Well, the more experienced actors start to realize that Shakespeare follows his formulas and they are able to help teach the younger actors tips and tricks on how to understand what the words mean and how to act in a way that will help the audience understand. Actors find their niche and stick to it. Some actors get really good at fight choreography, while some are able to hit punch lines just right, and others have mastered the art of tear-jerking.

It really is amazing how these actors come together, learn classic literature, and bond with one another without even realizing it. Then, by the end of the summer, each actor comes out with a mastery of iambic pentameter, a whole handful of new friends, and the satisfaction of having been apart of a successful production! 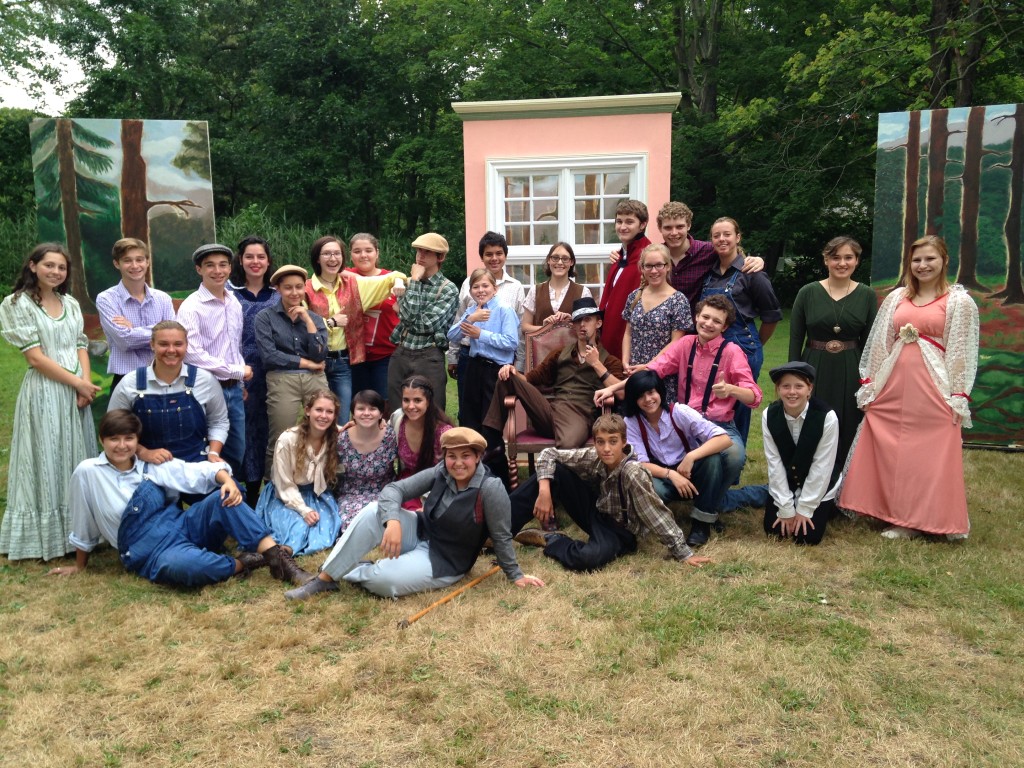 So, if you want to have that, remember to sign up for this year’s summer Shakespeare: Romeo and Juliet! Auditions are Wednesday, May 27th and Saturday, May 30th! Click the link below to sign up for an audition slot!