Kidz Konnection is proud to announce the renovation of The Academy Building here in Clinton’s very own Historic Arts District! Check out the photos and press release below for more information on the outcome of our Seize the Day! Campaign. 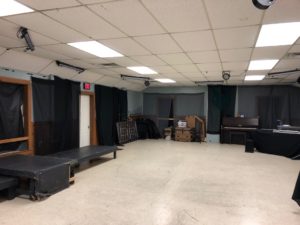 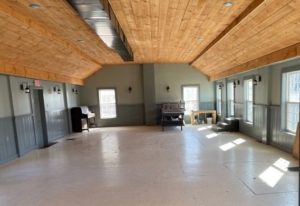 Before and after in our beautiful new space!

Using the year wisely, Laura Attanasio completed a renovation project to restore and update the Academy Building just in time to reopen its doors.

While it has been a particularly challenging year for theater companies, Laura Attanasio, Artistic Director of Kidz Konnection Shoreline Theater Academy, decided it was the best time to move ahead with a Capital Campaign Project which had stalled last March to restore and update the second floor of the historic, 1801 Academy Building in Clinton.  The families at Kidz Konnection successfully raised $30,000 during the 2019/2020 season through a variety of fundraising events.  They reached their goal on March 1 just as the pandemic thrust the nation into isolation and business closures.

The purpose of the campaign was to update the space to allow for an elegant, intimate arts space for the community while restoring the natural historic beauty of the building’s interior.  The space had fallen into disrepair before being reacquired by the First Church of Christ Congregational.  The church has invested a tremendous amount updating, including new windows, bathroom fixtures and exterior painting but the cosmetics remained distastefully outdated, reflecting a 1970’s style all purpose room complete with dark paneling, a drop ceiling with fluorescent lighting and a linoleum floor.

Though risky to start a project of this size without revenue coming in from shows, Attanasio decided there would be no better time, without students in the building, to complete the project with loving care and thought. Still, Attanasio, deeply concerned that Kidz Konnection, being a very small non-profit arts education business, could not sustain itself through the pandemic restrictions, decided even if forced to close her business, the money had been raised for this purpose and it was always her dream to contribute to the preservation of Clinton’s historic arts district in this way.  “I love my town so much. I’ve always considered myself a steward of it.  We must all do our part to preserve the quaintness and rich history of our little hamlet along the shore.”

Attanasio hired Tom Jump of TDJ builders. Tom quickly became passionate with the project.  His impeccable workmanship, and creative suggestions have added a flair to the space.  The ceiling was removed and restored to its original peak in a warm honey shiplap wood. Old fashioned sconces, freshly painted walls, and addition of a sound booth add tasteful ambience. All that remains is putting in the new floor which will be completed just prior to Kidz Konnection’s reopening April 19 to limited sized venues and programs.  Barring any sudden changes to restrictions, summer theater on the lawn, a free and popular family activity in Clinton, expects to resume for limited audience sizes.  A donor appreciation night in early June will kick off the grand reopening for Kidz Konnection allowing donors who gave to the Capital Campaign and pandemic relief funding a chance to tour the new space.

Henry Wadsworth Longfellow wrote in his poem, In The Birds of Killingworth (1863), regarding the Academy Building, “From the Academy, whose belfry crowned the Hill of Science with its vane of brass.” His words have imbued Attanasio with a deep sense of duty to lovingly care for the space.  She is excited to share this beautiful new performing space with the community and her kidz at Kidz Konnection as they begin to return, but also hopes to pass on her same sense of passion, reverence and commitment to stewardship for all of the rich historic buildings that remain in Clinton. They must be treasured and maintained for future generations to enjoy. 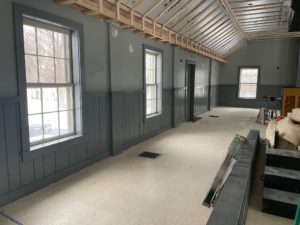 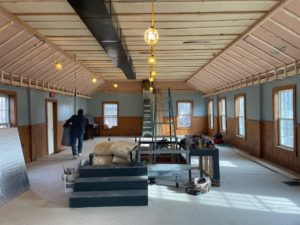 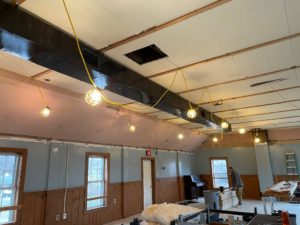 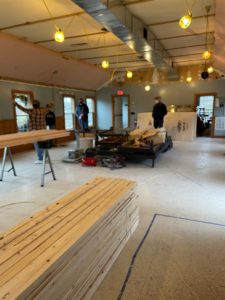