(Written in the middle of tech week for Wizard of Oz)

There’s a little girl in the corner, tap dancing with her new black shiny shoes her Mama got her for the munchkin dance.

Up on stage, two parents are bent over a script with a furrowed brow– it seems there is a problem with the big yellow brick road making it out in time for the cornfield scene.

Laura, our beloved director is scrounging through her notes to see if there’s someone to run the mid curtain on Saturday afternoon, whether or not a rehearsal Mom is available for bathroom runs, and fielding questions from Lori asking about tickets.

Our choreographer Marissa is busy teaching the girls how to whip streamers so they look like a cyclone.

Andrew is in the loft, fiddle faddling with lights and it frequently goes black in the auditorium, then green, then bright pink. That light must be for Glinda, I think.

And I’m watching all of this happen as Toto (a real live dog) goes bounding across stage because the Wizard (his real owner) has walked off stage.

I’m a parent of three children who’ve been in KidzKonnection theater for the past four years. As I struggle to wake up this morning after my third cup of tea and lots of late night rehearsals, I’m compelled to share with the world that I think…

Theater is more important than any other after school activity.

I’ll probably be crucified for saying that by all the diehard soccer and football moms out there, but I stand by my conviction.

I started out like any other parent might. I knew theater was good for the soul and the imagination, and so I signed up the kids. The first production was rough on us all. I’d forgotten how time consuming theater was. There were a lot of rehearsals, a lot of nights of tears as I scrubbed makeup off their faces, and one too many packed lunches and dinners.

At first, the kids didn’t quite get it either. “Rehearsal again Mom?” my oldest would ask.

But we pressed on, and in the process — our entire family fell in love with theater.

So why do I think America needs to stop spending millions and trillions on sports and maybe send some of that money over to the Fine Arts department?

If you saw the amount of interaction between parents, teens, and small children, you’d realize that no other activity brings so many ages and stages together. In order to pull off a musical, you need parents running stage crew, teens on the curtains and at the props table, kids on stage. It’s a group effort of epic proportions. Entire families are working together. It is the essence of a team. 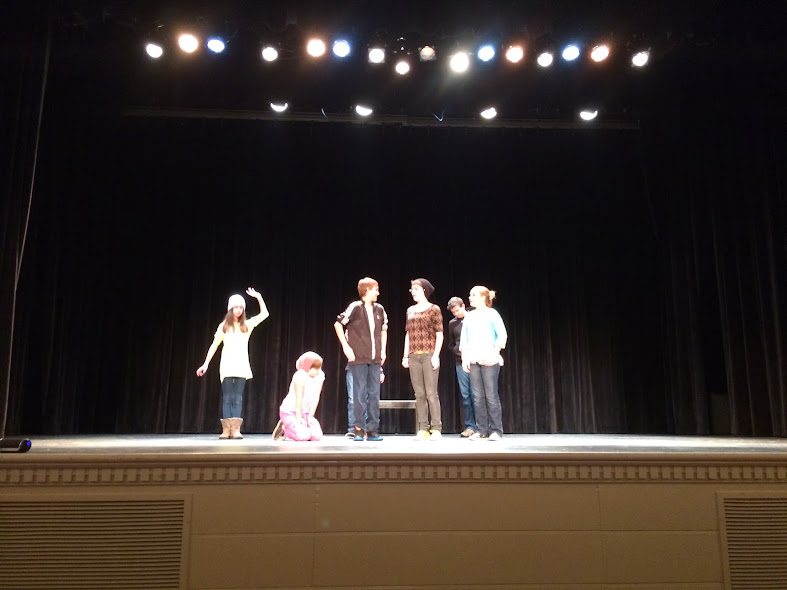 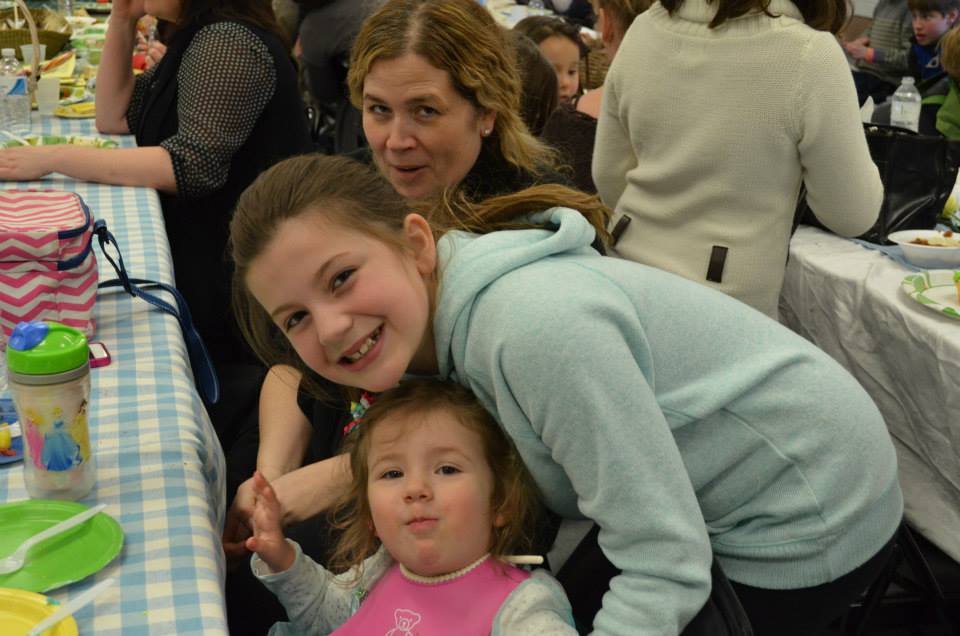 If you watched Laura working with the Winged Monkeys last night, you’d understand what I mean. They had to crouch down low in a squat for a good 20 minutes. Dancing, singing, formations, over-dramatized actions and movements– it’s all physically exhausting. When my kids come home, sleep happens almost immediately. 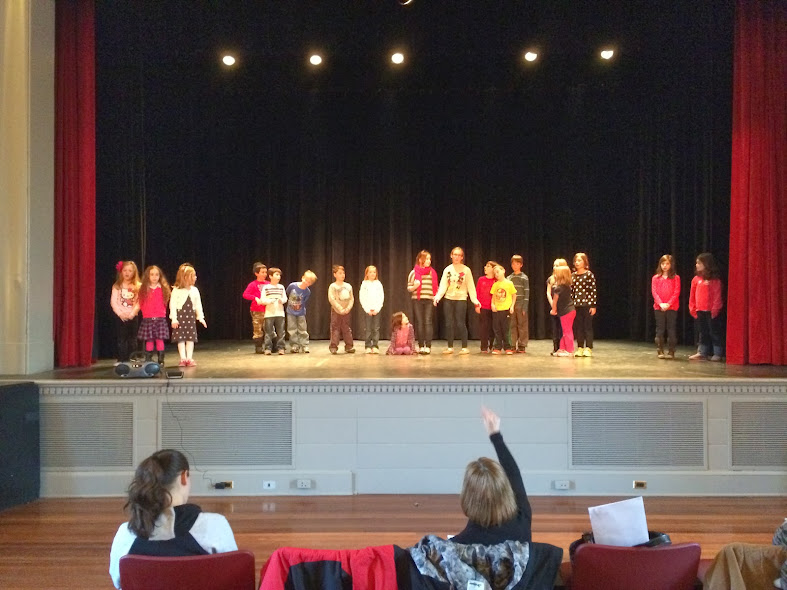 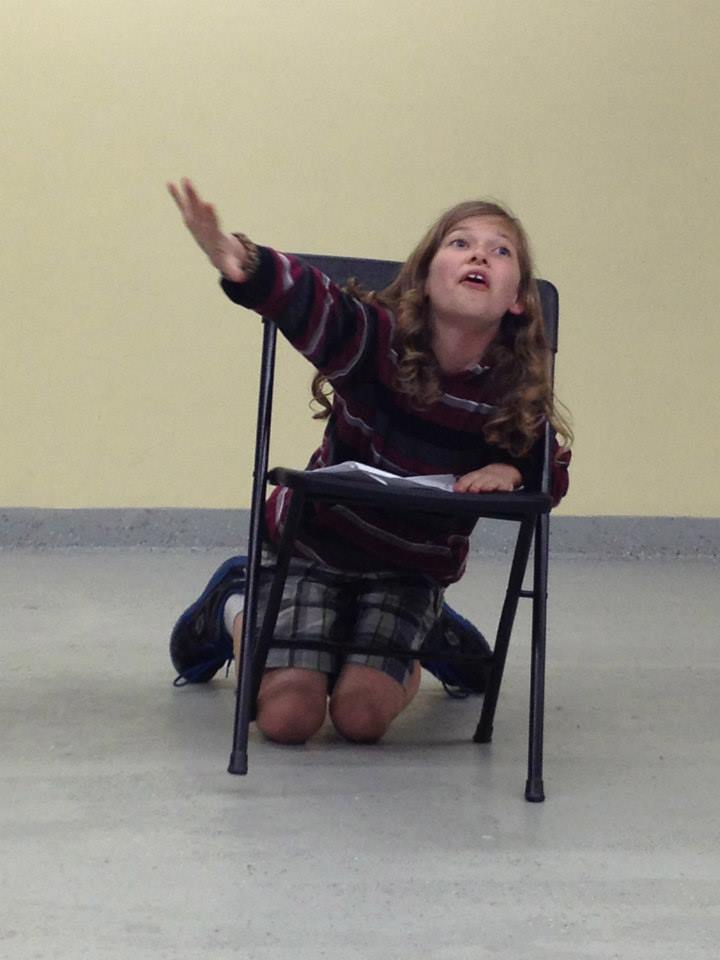 3. Theater is about coming out of your comfort zone

Even the most docile and shy of children learn how to be comfortable in their own skin on stage. They learn how to be big, be bold, be confident in their movements and voice. It’s amazing to watch a soft-spoken child light up the stage and transform himself into a loved fictional character. 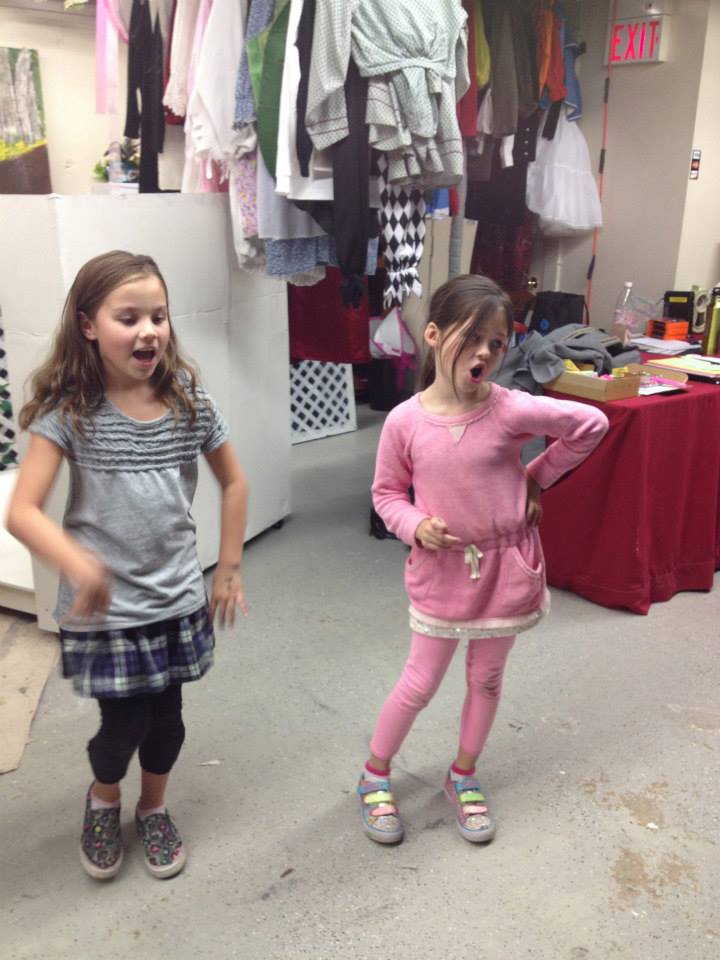 4. Theater is about sticking with something even when there isn’t instant gratification

You don’t get a game every week with theater. No cheering and clapping after a home run or a touchdown.The gratification comes after months of slow and hard work. But when you see a group of kids crying at the end of a production because they are so sad it’s over, it’s clear that they are learning the value of building something for a later reward. 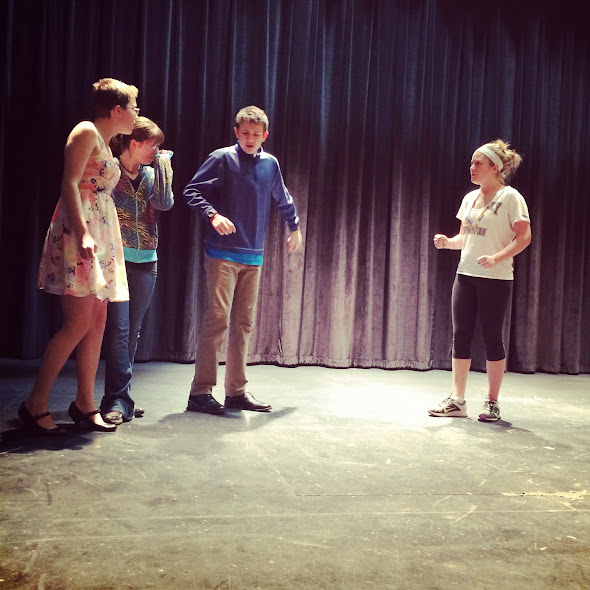 5. Theater is about reading

Many plays are taken from classical literature. Children learn the elements of diction, speech, big words, plot development, characterization — you name it. My kids never did so much reading and reciting as when they are memorizing their lines for an upcoming show. At the end of a show, they’ve learned a piece of literature without even realizing it. 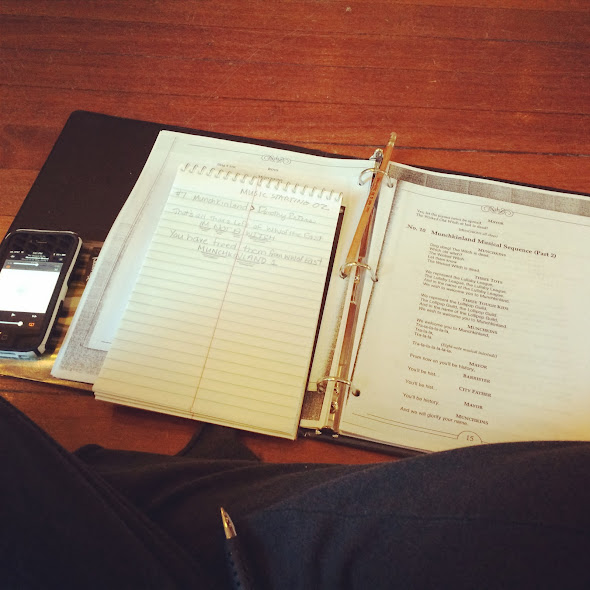 6. Theater is about music

Laura’s program is all-inclusive. Even if you can’t sing or dance, you’re invited to participate in her program. Children learn how to sing melodies and harmonies, how to tap to a beat, and how to let loose and shake their booty at the end of rehearsal. I wish I had recorded the dance party to the song “Happy” after a long four hour rehearsal. It would’ve made you cry.

7. Theater is about letting others shine

One of the rules of the stage? Always make someone else look better than you. Kids have to think of others when they are blocking, when they are vying for different roles, and when they are learning their lines. Every cue and word is important because it signals to the next actor what to say. Children have to adjust for others — a skill sorely needed in our culture. 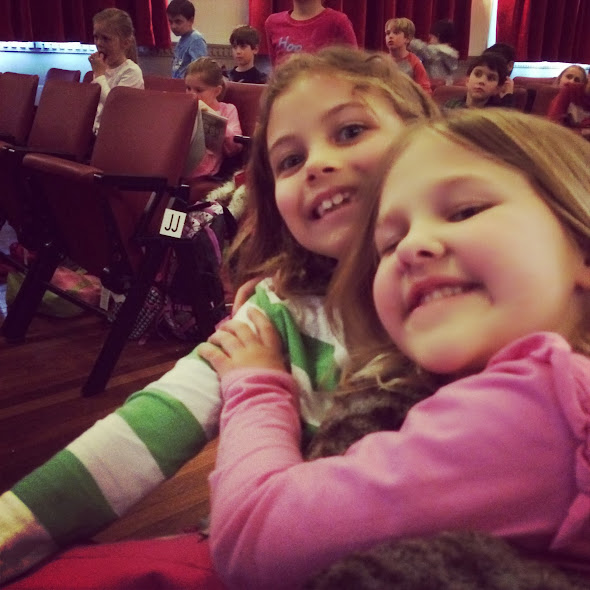 8. Theater is about art

For several Saturdays throughout this show, kids have come in to do paper mache, painting, sewing, and hammering to create set pieces for the Wizard of Oz. There is a task for every talent in theater. 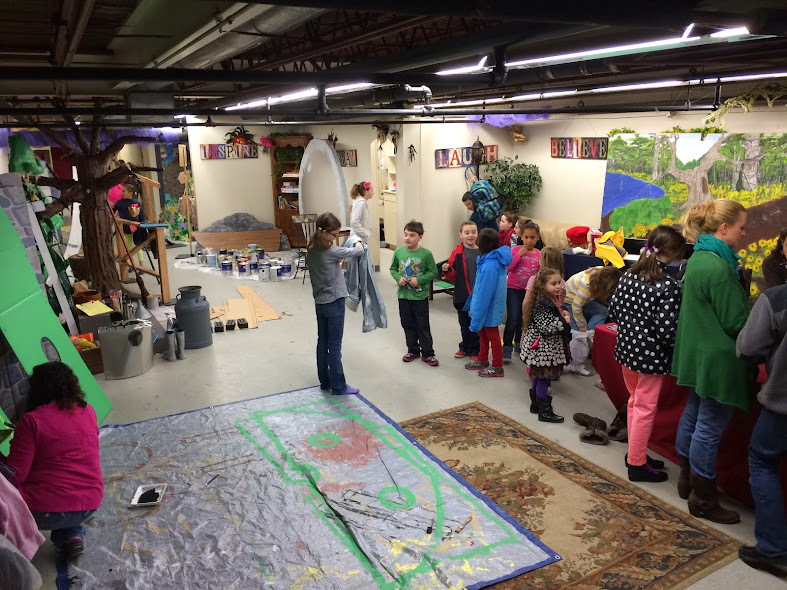 9. Theater is about timing

If you’ve ever worked backstage, onstage, or on a curtain, you’d quickly realize how much kids need to learn about timing. It’s a funny concept, but think about how annoying it is when people are late for events…or they speak out of turn. Theater teaches children about cadence, rhythm, and timing. 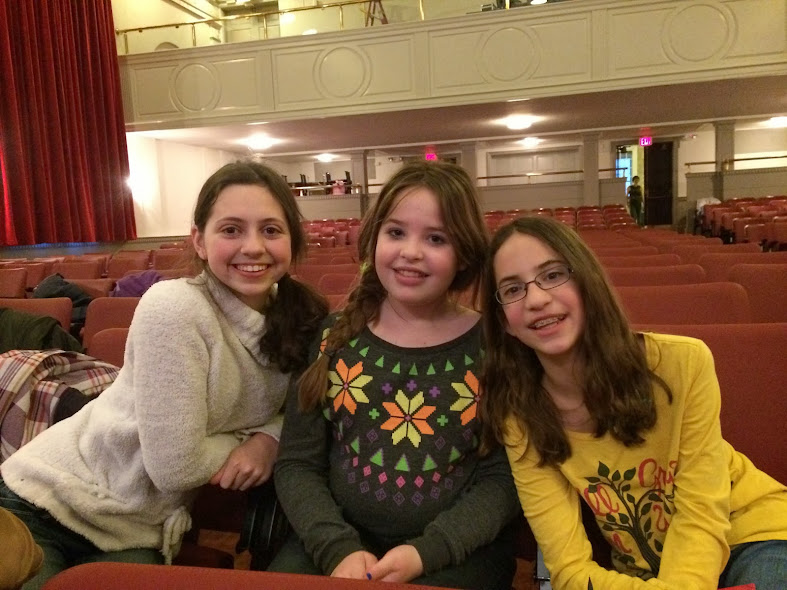 10. Theater is about imagination

Isn’t this the essence of childhood? As a culture we talk about our over-digitalized world and how a child’s imagination is at grave risk for losing creativity when stuck in front of screens all day. Theater is about fostering imagination.

So if you have a theater company in your area, sign up. If you don’t, start one. If you can go to local shows, go. Didn’t the Dark Ages turn into the Enlightenment because of Shakespeare? I don’t know enough history to support that claim, but I do have enough experience with theater to say…

I think it’s better than any other after school activity out there– sports included. Now if you’ll excuse me, I have to go find a black leotard for Ellie’s costume. 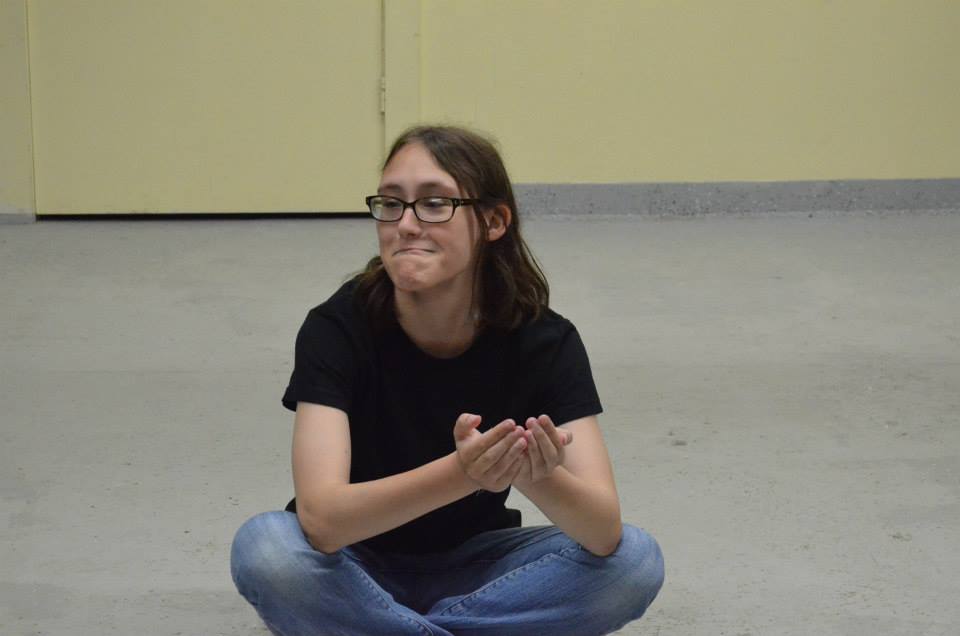