WOMEN IN PLAYWRITING Trilogy Series! Buy individually or purchase the 3 play season. This special fundraising event series runs approximately 75 minutes and will include a deliciously tasty treat & refreshment to fit the mood of each play.  Support both women in the arts and the preservation of historic Clinton all in one delightful evening event. 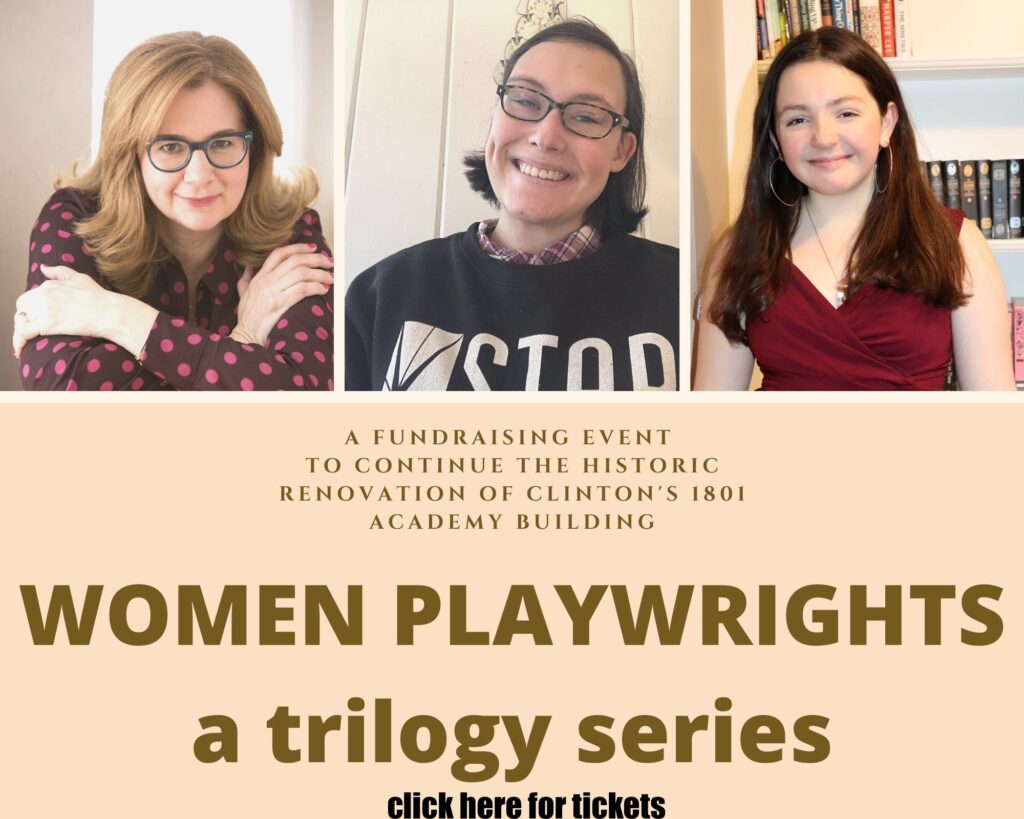 Click the image above to be redirected to the purchase page 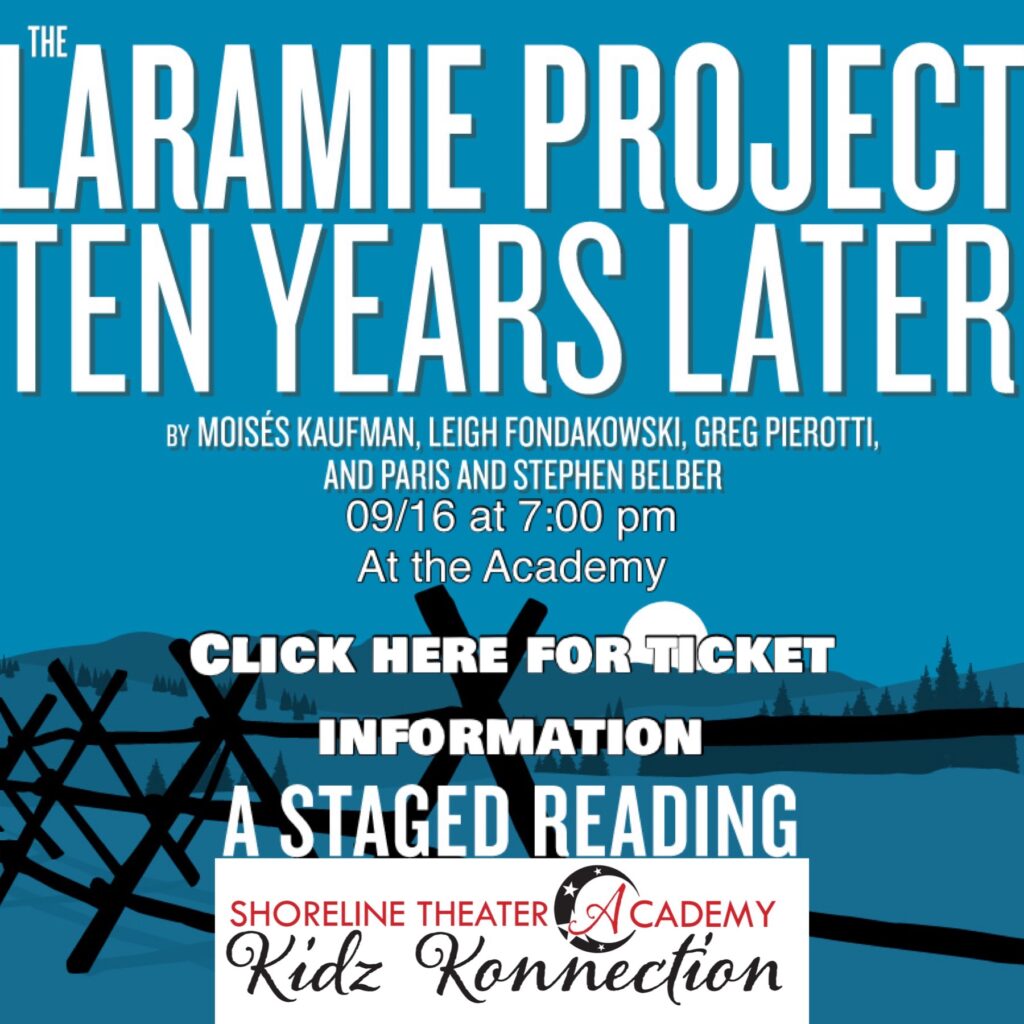 In 2008, the Tectonic team returned to Laramie to explore the long-term effects of the 1998 murder of Matthew Shepard on the town, expecting to write a short epilogue to The Laramie Project. The depth of what they encountered warranted a full-length play in itself. They visited with many of the people they met in 1998-99, and interviewed new people as well, including the two men convicted of the crime and the victim’s mother, Judy Shepard. Ten years later, we find people who have moved on with their lives in spite of the murder, people whose lives have taken different directions because of the murder, and an insidious level of historical revision (based on a toxic mixture of denial, resentment and media misinformation) about the cause of the murder. The widespread – mercifully not universal – willingness to forget what they knew in 1998, to discard factual evidence and accept a new narrative that exonerates their societal guilt and blames the victim, is a chilling, but essential lesson for America today.

This event is free to the public any donations received will go to Kids in Crisis.